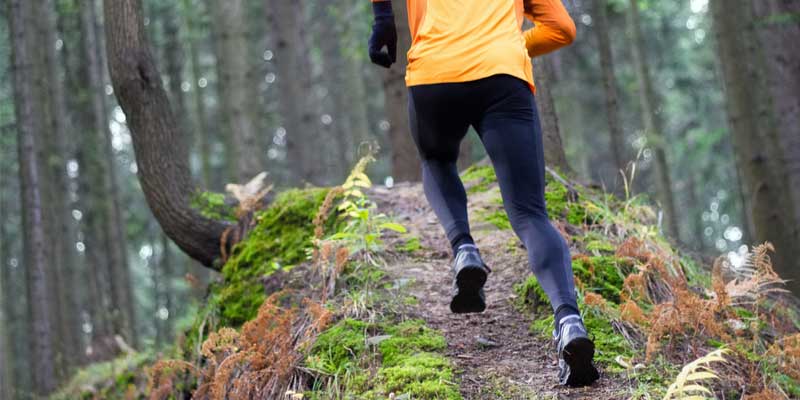 Hill running training is one of the best ways to develop specific strength, and conditioning, that will directly transfer across to improved running performance. It combines the benefits of interval training (improved efficiency, aerobic capacity, cadence and stride length) with very specific strength training.

It’s also one of the most versatile forms of running training. In fact, there’s numerous ways that you can tweak these workouts to suit any type of runner and race distance.

After many years of using hill training to improve running performance, I've put together a series of articles covering the most effective and beneficial hill workouts for runners. You can view each of those articles below.

So, what are the benefits of hill running?..

Hill running has many benefits for endurance runners including:

One of the key benefits associated with hill running is a significantly greater level of muscle fiber activation and recruitment of a number of key muscle groups (Sloniger et al., 1997). In particular it causes a greater level of activation in the quadriceps, calves, soleus (lower calf), and glutes. In contrast, to running intervals on flat terrain there is reduced activation of the hamstring group of muscles (Swanson and Caldwell, 2000; Sloniger et al., 1997).

In this way, including regular hill training can really help to strengthen your key running muscles. As such it can lead to improvements in muscle strength, power and neuromuscular co-ordination. And since these are all linked to improved efficiency, you can also expect to see improvements in running economy. In fact, research has shown that running efficiency can be improved significantly, through regular hill training.

Develops both aerobic and anaerobic conditioning

As well as improving strength, hill training – especially when intervals are 30seconds or longer – work the main energy systems used when running: the aerobic systems and anaerobic “lactate” energy systems.

In particular, it places a much greater emphasis on anaerobic energy metabolism. And as an added bonus, this also leads to significant improvements in your aerobic endurance and conditioning.

Hill training is a particularly good type of strength training for endurance runners. So, why is that? And why is it so effective?

Firstly, it requires your muscles to work harder. When you run hills, your muscles have to contract more forcefully, and recruit more muscle fibers, to overcome gravity.

So, why are hills so effective? Well, the key point here is: for strength training to be effective, it must be specific. And the more specific an activity, the better.

Put simply, sport specific refers to an exercise, or activity, that involves similar movement patterns to a particular sport. Since, hill running involves ‘running’, it’s about as sport specific as you can get!

So, why is increasing strength important for endurance?

Increasing muscle strength has a number of benefits for runners. But why is that?…

Firstly, when you strengthen your muscles they become more efficient. More efficient muscles means greater running efficiency – effectively reducing the energy cost of running. In turn, this allowing you to run at faster running speeds.

Stronger muscles also mean that you’ll have greater fatigue resistance. And you will also see improvements in your lactate threshold running speed.

As well as increasing the strength of larger running muscles – like your glutes, quads, calves and hamstrings – it’s also very effective for developing strength in smaller muscles, like your hip flexors. Which can lead to improvements in stride length and running cadence. It can also improve the stability in your hip and pelvic region. All of which can help to improve your running efficiency.

Downhill running is often overlooked by endurance runners. We often focus on training to run uphill and on flat terrain, but devote very little (if any) time to downhill running.

It’s easy to see why, since downhills always feel easier than uphills.

But here’s the thing: if you’re racing over an undulating course or a long distance event, the downhill sections can negatively affect your running performance. In particular, downhill running can cause a decrease in your running efficiency.

It can also lead to higher levels of delayed onset muscle soreness (DOMS) – mainly due to the increased levels of eccentric muscle contractions during downhill running.

In fact, research has shown that DOMS can negatively affect your strength, stride length, running efficiency and reduce aerobic metabolism for up to 3 days following down hill running (Chen et al., 2007; Braun and Dutto, 2007).

But here’s the good news…you can protect yourself against DOMS, reduced strength, stride length and efficiency by including some downhill running.

Some of the benefits of downhill running include:

Read more about the benefits of downhill running.

As I mentioned, it’s easy for us to focus more on uphill running. Yet, downhill running can also be an effective form of running training.

In fact, research suggests that combining up hill and down hill running can be particularly effective for improving your maximum running speed (Paradisis et al., 2009; Paradisis and Cooke, 2006).

In these studies, researchers found that combined uphill-downhill running was more effective than horizontal sprint training, for the development of maximum running speed. While, developing maximum speed might not seem important for an endurance runner; it’s important to remember that any improvement in your maximum running speed, gives you the potential to also run faster at sub-maximal running speeds.

With this in mind, a simple approach is to combine uphill and downhill tempo intervals. These are similar to short hill repeats, however, as well as working the uphill you also maintain a steady pace on the down hill phase.

Found this article useful?...help to support this site by sharing any content that you've found useful.